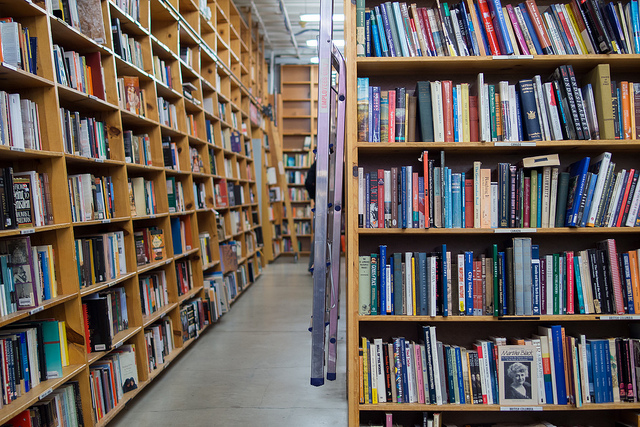 The publishing industry has begun to change drastically over the last couple of years, and this is mainly due to the evolution of self publishing. In the past, people who couldn’t get a book deal but still wanted to release their own work had no choice but to pay so-called “vanity publishers” thousands of pounds to print their titles. Thankfully, this has now changed and through various online services, it’s possible to get anything published on a “print of demand” basis for almost no investment whatsoever.

With that said, it’s important to note the books in this list have come from mainstream publishers. Don’t get me wrong, the self-publishing world is becoming more accessible and increasingly professional, but I’m yet to encounter any titles that should be placed in a post like this. Maybe one day soon I’ll be able to write a post called “the best indie books of….”, but until then, here are some mainstream titles you’ve probably overlooked this year. You’ll find them available at Sainsburys eBooks and other major online stores.

For lovers of the horror genre, this book certainly won’t disappoint. When a girl is found dead in an abandoned warehouse, and the police determine the case was suicide, a journalist called Mcgrath decides he will stop at nothing to find out the truth. However, it seems that everyone he meets has a secret, and most of them are far too terrified to talk. During his last case, he lost both his wife and kids, but this time the hunt could see him reaching the brink of insanity.

2 – A Bit Of Difference by Sefi Atta

When charity work takes a single girl to modern day Nigeria, she begins to contemplate her life and wonder if she will remain partnerless forever. In walks a charming hotel assistant with an aim to alter her life forever. Can Deola handle the changes this would mean in her life? Does she really understand the social aspect of finding a partner in Nigeria these days? There’s only one way to find out! Just be warned, this one’s particularly heartwarming – tissues at the ready folks!

3 – A Burnable Book by Bruce Holsinger

For anyone with an interest in history, this fiction book set in 1385 shows London in a way few have ever seen before. The entire city was a dark and seedy hub of unsavory characters all trying to make their fortune. Under the guidance of King Richard II, one man sets out to find a very special book that could alter his fortunes. The only problem is, this book has some pretty bad karma attached. It’s already been the root cause of one murder. So, can young Gower handle the responsibility of finding it?

Max is the perfect boy. He’s polite to his parents, kind to his sister, and an object of desire for all the girls at school. You would be forgiven for thinking he was destined for a seriously happy life. However, Max has a dark secret that could blow his work apart, and in this book he learns that one of the closest people to him has discovered the truth. This person must not be trusted because the information they hold could ruin Max forever. How far will he go to silence them? You’ll have to read to find out.

Well guys, I hope you found this post useful, and now you’ll be more inclined to pick up a new book the next time you’re shopping online or in your local town. As I said; the titles in this post are really popular at the moment and guaranteed to satisfy.

« The Joys Of Convenient Kitchen Appliances! Maintaining Your Sidings »

What You Should and Should Not Do Yourself when Moving Most Popular Books You Should Read